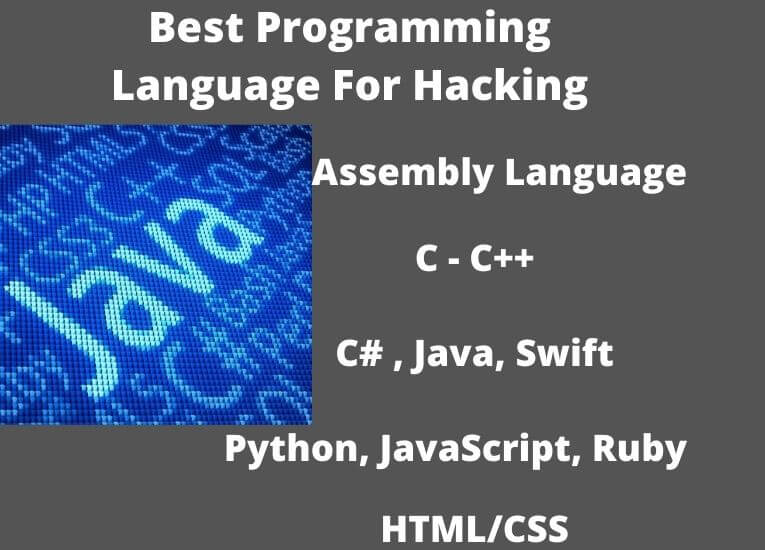 Before I get into this article, it's very important to recognize that hacking can be dangerous. Don't do it unless you know what you're doing. And you know that what you're doing is legal. Whenever practicing hacking, it should be done responsibly and ethically, or else you could end up in prison, or worse financial turmoil, then you'd be in debt. Like the government.

A white-hat hacker is somebody who hacks ethically and responsibly and they use their skills to help catch other hackers. They're also often hired by companies to handle security measures, and build anti-hacking software, which is really important and vital work in the world of information technology, especially now that everything is becoming attached to the Internet of Things.

Then, of course, we have the Black Hat Hackers, people who use their skills for malicious intent things like creating viruses using keyloggers to steal your information, hacking banks, and even hacking servers, their goal is to break in steal information, and sell it for money.

Really, nobody likes those guys, because they negatively affect everyone for the benefit of themselves.

Last but not least, we have the grey hat hackers, people who find themselves somewhere in between. These are usually people that don't have malicious intent. But everything they do is usually self beneficial.

In general, they auction their abilities to the highest bidder, a gray hat hacker will often look for backdoors and security problems with the system, and then they'll sell the solution to the company for the price.

Because of this, there are many different languages you could utilize to hack any individual system. There's really two different levels of hacking, high-level hacking, and low-level hacking.

on the high end of the spectrum, we have the easier to use languages often interpreted or intermediate, Python, Ruby, JavaScript, Java, C#. Because these languages aren't compiled, they're much easier to work with.

Because everything is compiled on the fly. a language like Java is both interpreted and compiled. This allows it to be incredibly easy to work with. That's why a lot of hackers prefer it, not to mention most of the world servers run on it.

However, Java is really only useful if you're hacking servers and people's back-end computer systems. Let's say you want to hack a robot, or an electronic device, maybe even a car, the only way to do that is with a lower-level language.

On the lower end of the spectrum, we have compiled languages like C and c++. And although they're not as easy to use, they are more powerful.

There's very little you can't do with C or c++.

what I wanted to show you were a hierarchical ladder, from the hardware all the way up to the highest level of abstractions. Here we have the CPU or the hardware itself, which obviously runs on electricity and hardware components using electricity since zero and five volts signals to determine what to do internally.

The 0 in machine language or binary represents false which is nothing in the one represents true or five volts on top of binary and just a little bit abstracted from it is assembly it's really the lowest level human-readable writable language assembly or assembler is a platform-specific language designed for a certain architecture.

So Mac and Windows may not necessarily have the same assembler because their architecture usually differs.

But we're not going to get into the different types of assembly and assemblers because that's really beyond the scope of this Article.

From here we go up to what is likely the lowest level language still in common use today. And that C, C is really close to the hardware for practical language.

And one might even argue easier to grasp at first, mostly because it has less bloat. It's strange because C is really easier to learn than most languages in some respects, but it's harder to master.

And there's sometimes more to know about it, especially because the systems we control with it are generally a lot more complex. However, these days there's not really a lot of languages other than C that retain that low-level ability to program micro-controllers and things of the sort.

C is a procedural language, and it was really the first language I ever learned. I'm glad I started with C though and if you have a good mind, plus, enjoy reading and studying things for yourself, then I do highly suggest starting there.

There's really no language on a computer that comes even close to being as supported on as many devices as C and its use is still just as relevant today as it was years ago when I was first introduced.

It's wild to think how much hardware has changed in that time. But language is really really haven't evolved much at all C is still the world's fastest compiling language supported on multiple systems due to that really low overhead,

then we shift a little from here to c++, which is basically c but with object-orientation added to it. And a ton of features.

Nobody really uses c++ is a wonderful language. But many people who use it especially for lower-level microcontroller engineering, or game hacking will tell you a lot of the features it has come with cons that kind of outweigh the benefits.

C++ is great if you need low-level control, and also that object orientation and extra abstractions. But if you're just looking for something that compiles fast, and has the smallest package possible, you're definitely looking for See, it's funny because the design of a virus or hacking actually has many of the same requirements as traditional programming and development.

So ordinarily, packaging something really small means quicker delivery to a customer. Well, when you're designing a virus, you take the same exact things into consideration, you want something that's really small and fast and easy to pass over packets over the internet.

Then we get to the intermediate hybrid languages, which are compiled, but they've also interpreted languages like C sharp, and Java. And we get Apple's new wonderful, high-level protocol-oriented language Swift.

And of course, this list wouldn't be complete without the high-level abstracted languages that basically everybody is learning and using right now for almost everything.

These are designed for ease of use, but at the expense of control, like JavaScript, Python, Ruby, and so on. Don't get me wrong, these are still very powerful, real programming languages that can do some serious business.

They're just not designed for low-level micro-controller engineering and programming.

At the very top here we have HTML and CSS, which contrary to what many people will tell you are absolutely programming languages, they may not use logic to the same extent as a lower-level programming language. But effectively, they're designed for ease of use on the web.

And they do meet every criteria to be considered a programming language, which is really just a set of instructions telling the computer what to do.

In short, don't be a fool. Every language has its use, I just think C has the most uses. Some people obsess over what language to use for hacking.

And although it is important, the operating system is just as important. Most hackers use Linux for good reason. Linux is highly modular and portable by nature. And it supports a vast array of tools for hackers.

That probably helps if you're not yet familiar with the Linux operating system, that might be a good place to start before you get into programming. The biggest part of being a hacker isn't even knowing a programming language.

But it's simply understanding how the systems work underneath the scenes, once you understand how things work below, you can break in from above, being a hacker is all about trial and error.

Sometimes you have to try many things until you get something that works. And often you never do. But this process of trial and error is precisely why so many people love it. It's an incredibly rewarding experience. When you break code that somebody else has made. In many ways, it's competitive like a sport.

Many people would think that hacking isn't that useful. But the truth is, it's fundamentally necessary to the electronic environment. If we didn't have white hat hackers, and even gray hat hackers, we wouldn't have the ability to defend ourselves against the black hat hackers.

It's extremely important that every time you're on your phone and you take a selfie or picture, it's safeguarded. And only you can see it. Oh, yeah. Yeah, right there. Yeah, just like that. This is only possible because of the talent and amazing skills of ethical hackers.

It's of my opinion that if you're new to programming, C is probably the best place to start. Not only is C cross-platform and used on almost every system in the world, but it's also the foundation of almost every programming language today, whether you go on to learn c++, swift, or Java, almost every modern language in the world is heavily influenced by C.

Even JavaScript, which is now the most used and popular language in the world takes a huge amount of influence from C. That's why we refer to most languages as C style languages. C teaches you the foundations that you need to do whatever it is that you want to do. Hacking included.

Most servers and systems today are designed on software that's written in modern languages, such as Java, and C sharp, but most of the microcontrollers and hardware running those systems and software are designed on C.

So if you really want to get low and close to the hardware, C is the best place to be. Even if your goal is to be a general-purpose programmer. Learning C can look incredibly good on your resume, I highly suggest checking c out.

And if it's not for you to try a different language, something higher level, we live in an age where the security of your information is more important than ever. As the world around us becomes more and more digitized.

It's more important than ever to safeguard our information and identity. When we see hacks like the Equifax hack that have been recent, we know just how dangerous hackers can be from birth certificates to banking information and even your social security number. Black hat hackers are a reality of life. You cannot escape it.

Where there is information. There are people trying to steal it. So the only way to control it is to fight fire with fire and find hackers that are willing to do it for ethical purposes. It's because of the hard work of ethical hackers that security measures are even possible to summarize, learn C. And if you can't learn Python or JavaScript,