What is Zero Day Attack, Exploit and Vulnerability

What is Zero Day Exploit Meaning or Definition?

A zero-day attack refers to a hole in software that is unknown to the vendor the security hole is then exploited by hackers before the vendor becomes aware and hurries to fix it and the exploit is called a zero-day Exploit. 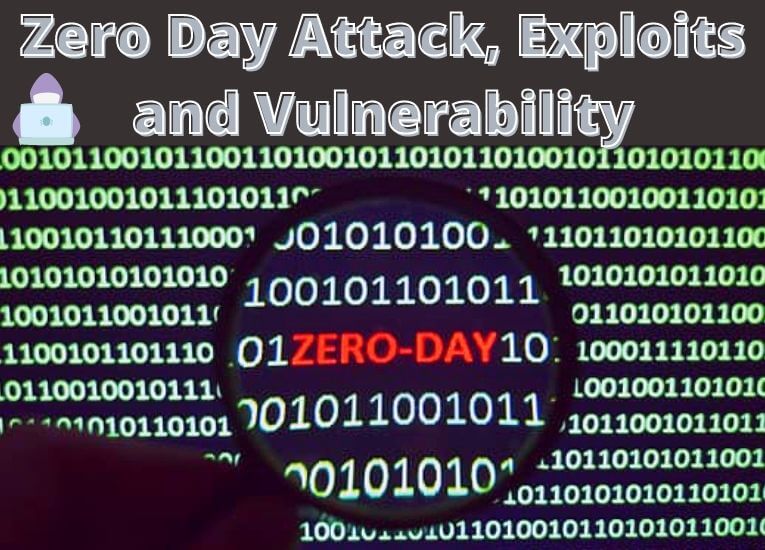 You have taken great care to secure your network but even with responsible and sustained investments in your defenses you're still at risk attackers can bypass your security through an uncharted software vulnerability a loophole revealed only by the persistent probing of a determined hacker this is how a network is breached this is how valuable data is stolen this is zero day and the exploit used for this is Zero day Exploit.

zero day is a software vulnerability that is previously unknown and unpatched and therefore can be exploited by a threat actor to gain entry to a target network.

Think of a zero day as an unlocked house that the owner thinks is locked but a thief discovers is unlocked the thief can break in undetected and steal things from the house that may not be noticed until days later when the damage is already done and the thief is long gone without leaving traces as he only knows how he found that technique.

Now Let me take you to Journey of Zero day Exploit...

How Zero Day Exploits get created and reach to its Destination.

A hacker finds a zero day through hours, weeks, or months of painstaking effort he scours through lines of code probing applications and operating systems to find some weakness, some flaw.

Hacker methodically barrages the target application with an array of reverse engineering tools and techniques forcing the software to reveal a small crack in the defenses that provides them a way to secretly execute code.

with this vulnerability, in hand the hacker has a choice to help the software vendor by providing them information about the vulnerability (Ethical Hacking or Bug Bounty) or sell it to a broker a black-market vendor of zero-day exploits.

The broker compiles an inventory of zero days to build his reputation on the darknet with one goal selling his exploits at the highest price.

the broker lists these zero days on secret forums he acts as a matchmaker between exploit and attacker. 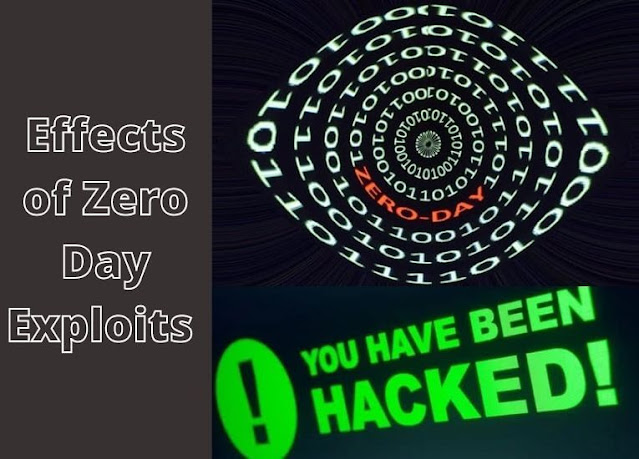 Zero day exploit attacks are the most disastrous when it comes to hacking attacks found because it also depends on the vendor or software engineers to write a fix in a timely manner and the world to implement those patches the term apparently originated in the days of digital building boards.

When it referred to the number of days since a new software program had been released to the public in information security terms day zero is the day on which the interested party presumably the vendor of the targeted system learns of the vulnerability leading to the vulnerability being called a zero day.

For example by an unrelated update that happens to also obviate the need for a fix specific to the vulnerability the probability that a user has applied a vendor-supplied patch that fixes the problem is less so the exploit will remain available.

Zero day attacks are a severe threat although they sound the same they are different zero day vulnerability is when software has a flaw known to the developer but the developer does not yet have a patch ready to be released and the rest of the world to apply it in a timely manner.

A zero day exploit is packaged as malware which can create damage and are often highly successful until they become widely known and either the software is patched or other security measures are put into place to successfully identify and block the exploit or often get ignored by a lot of vendors which results in a huge breach.

So basically zero day attacks are often found in secrecy it exists in published programming code of any form of service that is online that has not been reviewed from an offensive perspective it exists in many vendors hardware manufacturer as we have seen in the past with companies like Cisco, Microsoft, VPN services(NordVPN), collaborative applications(Slack) content management systems (WordPress) has been found through history within hardware software and has affected the top vendors and companies across the world.

But the most known zero day exploit example I want to share in detail is Stuxnet.

Stuxnet is specially designed to Exploit PLC (Programmable Logic Controllers) released back in 2008 but found in 2010.

Stuxnet reportedly compromised Iranian PLCs, collecting information on industrial systems and damaging infrastructure. According to a November 2013 report from businessinsider.com, Stuxnet was responsible for destroying one-fifth of Iran’s nuclear centrifuges by causing them to spin out of control.

The worm exploits four, zero-day flaws that are present in some SCADA systems. In the case of Stuxnet, the worm targets systems using the Microsoft Windows operating system and networks, then it begins searching for Siemens Step7 software. If it is able to find the proper vulnerabilities in a given system, then it carries out its exploits.(Clever huh...)

Stuxnet is typically introduced into a system via an infected USB flash drive and then propagates throughout the network.

However, with the growing attachment to networked infrastructure and the “internet of things,” there are more access points for individuals who are interested in gaining control of SCADA systems by using worms and viruses like Stuxnet.

A good mission-critical operator should be able to run security maintenance and apply best practices to make sure SCADA systems are not compromised.

to prevent such attacks mitigating the risks you need to be faster and one step ahead having more red team-oriented employees simulating such tests a team that would purposely invest their knowledge and time from the offensive side to find them before attackers do and if such team cannot exist outsourcing such services externally will put you in a position to act in a time frame that would minimize the impact or prevent it ahead.

Requesting more penetration testing services, code reviewing, hiring more security researchers to work along with the other side focusing on such tasks with more IoT devices on the rise 7G around the corner connecting remotely to the cloud using VPN services work from home introduced which will change the ecosystem more devices more software will exist especially when it deals with robotics space and medical equipment.

How Zero Day Attacks and Exploits are Found Now...

Using AI protection can detect the intrusion block, the attacker, and alert system administrators of the attempted breach that enable the responders to freeze and rewind time isolating the packet capture from the earliest moments of the attack.

two-way sharing with the dynamic threat intelligence cloud enables to analyze of the attack.

The zero day discovery team reverse engineers the incident to break down the intricacies of the exploit using threat intelligence gathered by AI devices and drawing upon years of in-depth knowledge and specialized techniques it will find the key exploit and determine if this particular combination of tactics is a zero day.

if a zero-day is discovered they notify the vendor of the vulnerable software and works with them to create a Zero day Exploit patch.

HackingCastle
I am Web Applications Penetration tester with 6+ years of experience in the cyber security field with various certifications and tech background. Hire Me - https://www.upwork.com/freelancers/~01bc77ec8053c243bf HackingCastle
I am Web Applications Penetration tester with 6+ years of experience in the cyber security field with various certifications and tech background. Hire Me - https://www.upwork.com/freelancers/~01bc77ec8053c243bf

How to Download an install Cain and Abel in Windows

How to use Nmap | Enumeration and scanning using Nmap complete guide